Doing it to Death 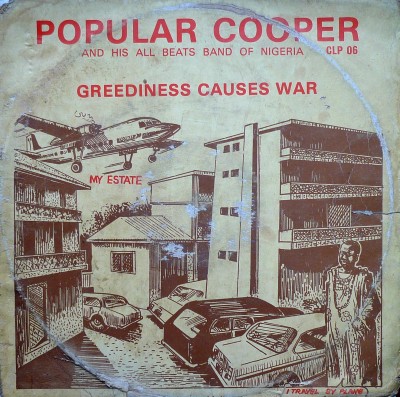 Highlife star Popular Cooper and his all beats band of Nigeria on a sociocritical soul excursion.
Simple and sad story which is repeated permanently all over the world.
I am not sure if the content from the backsleeve is meant ironic. If somebody has some information about the political circumstances of that time in Nigeria I would be happy if you let me know! 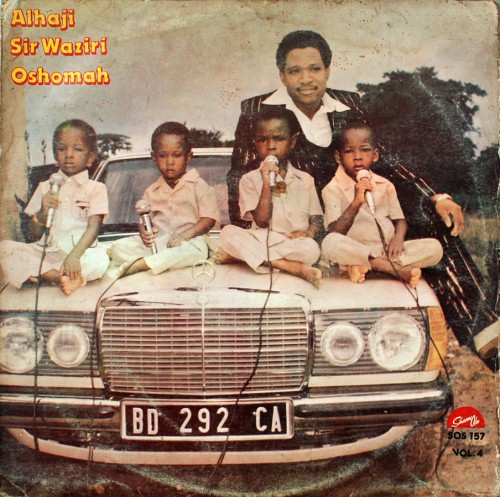 To “show what you have” is a fundamental human behaviour which leads sometimes to strange expressions. In it´s exaggerated styles it shapes the skeleton of capitalism.

Sometimes even musicians uses their presentation surfaces to show what they are proud of. In the case of Waziri Oshomah Vol. 4, released 1982, a white Mercedes Benz and four talented boys. In my opinion unfortunately not his best record but surely his best record cover.

Because I like his other recordings much more I will play for you a tune from the four year earlier released Shanu Olu Vol.1,  which is certainly influenced by Mr. Oshomahs muslim belief.