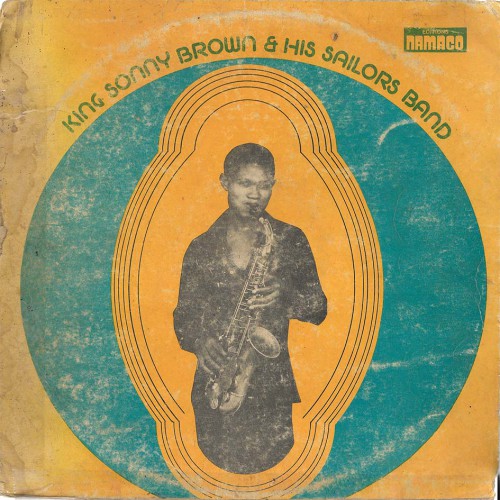 A nice sleeve from King Sonny Brown on Editions Namaco . The form and pattern making up the border around the artist reminds me of baroque ornaments but also carries design elements of christian art that you may also find in Marian images. It´s a basic design pattern which certainly found in many other cultures. The big blue globe on the yellow background is the perfect surrounding for Sonny in his aureole. 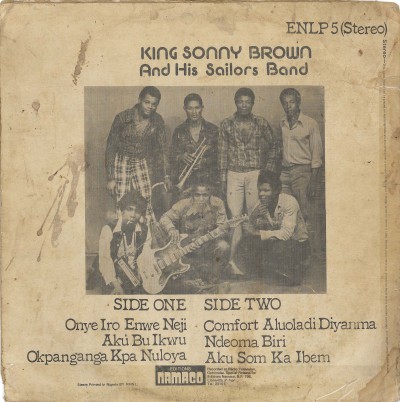 “Ndeoma Biri” reminds me very much of the music of the better known Ali Chukwuma, who also released one of his greatest records (ENLP 4) in the same year (1975) on Editions Namaco.
Sunny Brown did play the trumpet with famous Cardinal Rex Jim Lawson and his rivers men, he died about one year ago – you can find more information about him in this article in the guardian.ng.